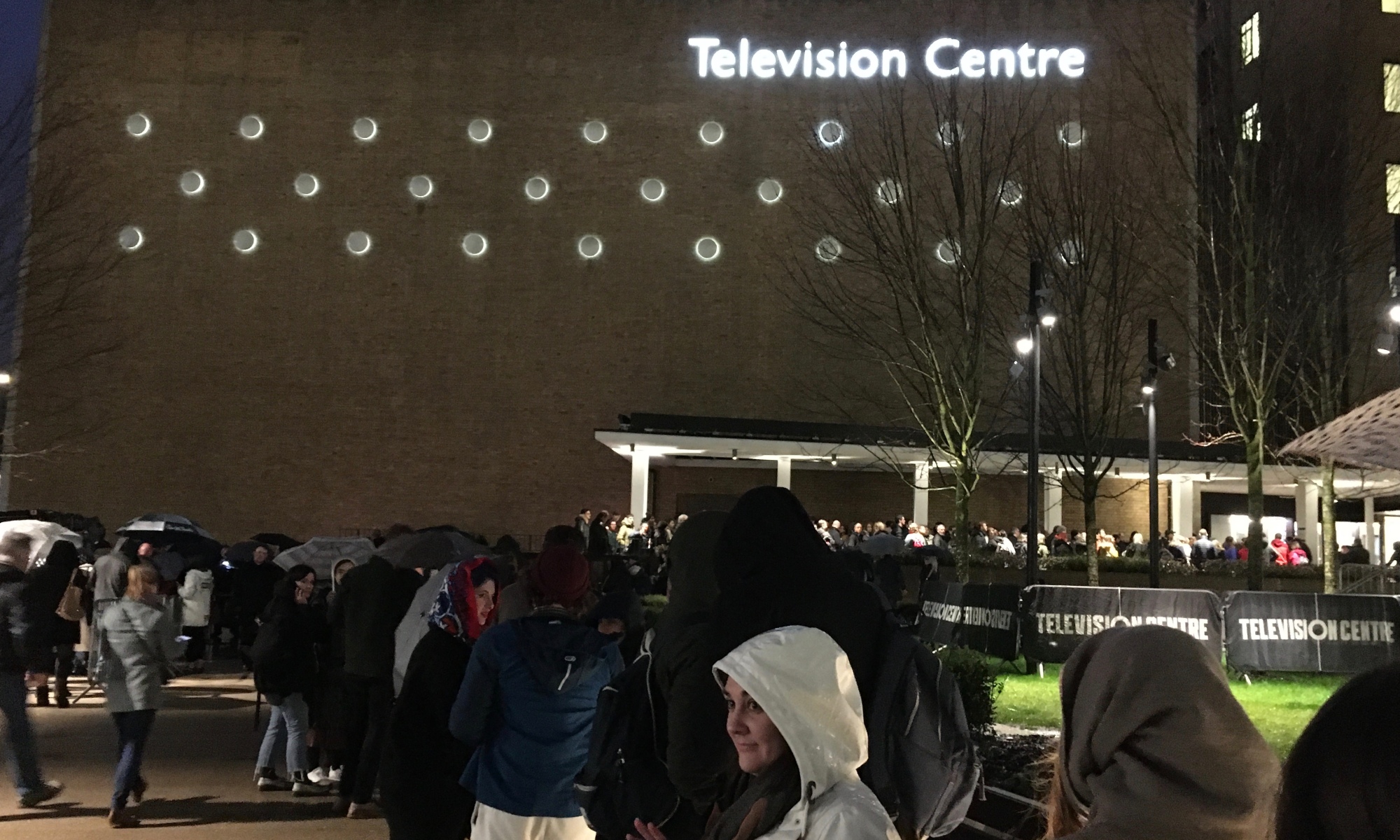 Photo: Just queuing in the rain

If we had bucket lists, this would be on Colin’s.

To watch an episode of QI being recorded.

Series R. Restaurants. The first rows of seats were set out like restaurant tables. We were behind them in row 4. We didn’t get any food. Nor did they.

If you’ve ever wondered how long it takes to record a 30 minute show then, based on this evening, about 2 hours. We watched an extra bit being recorded for Sport Relief before getting to the main event of the evening. The panelists were Sara Pascoe, Mark Watson, Phil Jupitus and, of course, Alan Davies.

Colin has been a fan of QI since it started. I was smug as hell when I got the ‘riddler’ question, even predicting what Sandi Toksvig would have a go at. All I can tell you is that my sommelier qualification came in handy. Sandi was really taken by it “I’m so happy”. You will have to watch to find out what popped her cork.

After the recordings the production company have to edit all they have recorded into a show suitable for broadcast. Much of the 90 minutes of recording that won’t make the show was very funny but just not suitable for the BBC. Stuff that won’t make it included working practices at McDonald’s, calling Piers Morgan the C word and wanking into sandwiches.

A really enjoyable night out. We’re looking forward to seeing what does get broadcast.