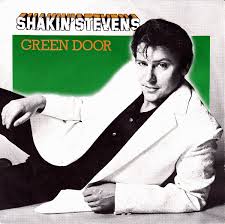 Would we be leaving through the green or the red door?

The local Comunes have set up a scheme to offer free Covid tests for any resident. So far they have found 700 people with no symptoms that have tested positive, so we thought we should get tested.

We dropped by the local restaurant being used as a testing centre. It was a very efficient process. As we had pre completed our simple forms the whole process was over in 10 minutes.

The swab up both nostrils isn’t painful, but it’s unpleasant and leaves a strange sensation up the nose for several minutes afterwards. Otherwise, there’s nothing to it.

The exit from the restaurant had two doors. One with a green sign for those who were negative to return to the car park, and one with a red sign that led round the back.

The results were read out loud to all those waiting, using the last three numbers of the code number we were given on entry.

We left via the Shakin’ Stevens door.