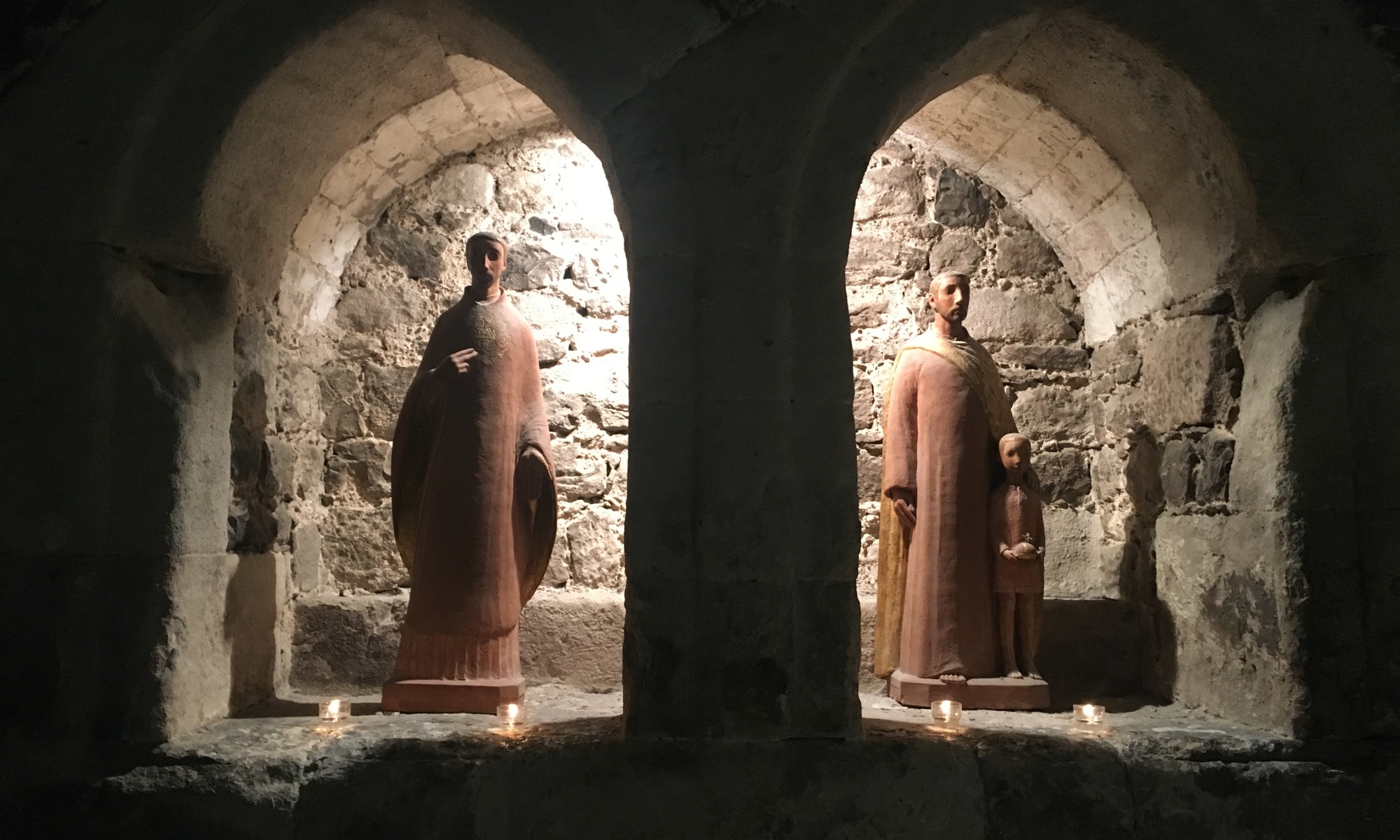 Photo: A couple of shady characters.

The celebratory dinner referred to in yesterday’s post was The Trinity Hill, New Zealand, Magnum Club Dinner at The Crypt of St. Etheldreda’s church in Ely Place. A chance to sample some of the best wines that New Zealand produce (so they said). Our host was their Wine Maker in Chief, Warren Gibson.

Jan missed out a little in the early courses. Not only is she not a fan of new world Sauvignon Blanc we had on arrival but she’s not keen on tuna either, which meant Colin had double helpings of both.

When the reds came round for the lamb we were poured a 2010 and 2017 Homage Syrah. The 2017 was very young, fresh and vibrant but in need of several more years of maturing. The 2010 smelt suspiciously of a damp cellar (Jan) or truffle (Colin). It didn’t taste any better. Jan called over the sommelier. He smelt and tasted it and proclaimed that “Madame is right” and found another bottle. Much better. He said they opened the wines at 5pm to taste and for them to breathe. The proportion of surface area exposed to oxygen is small in a bottle, let alone a magnum, so that didn’t work. Decanting would have been better.

Still, we had a really nice time in a wonderful setting.

I suspect we are now known as a couple of shady characters.