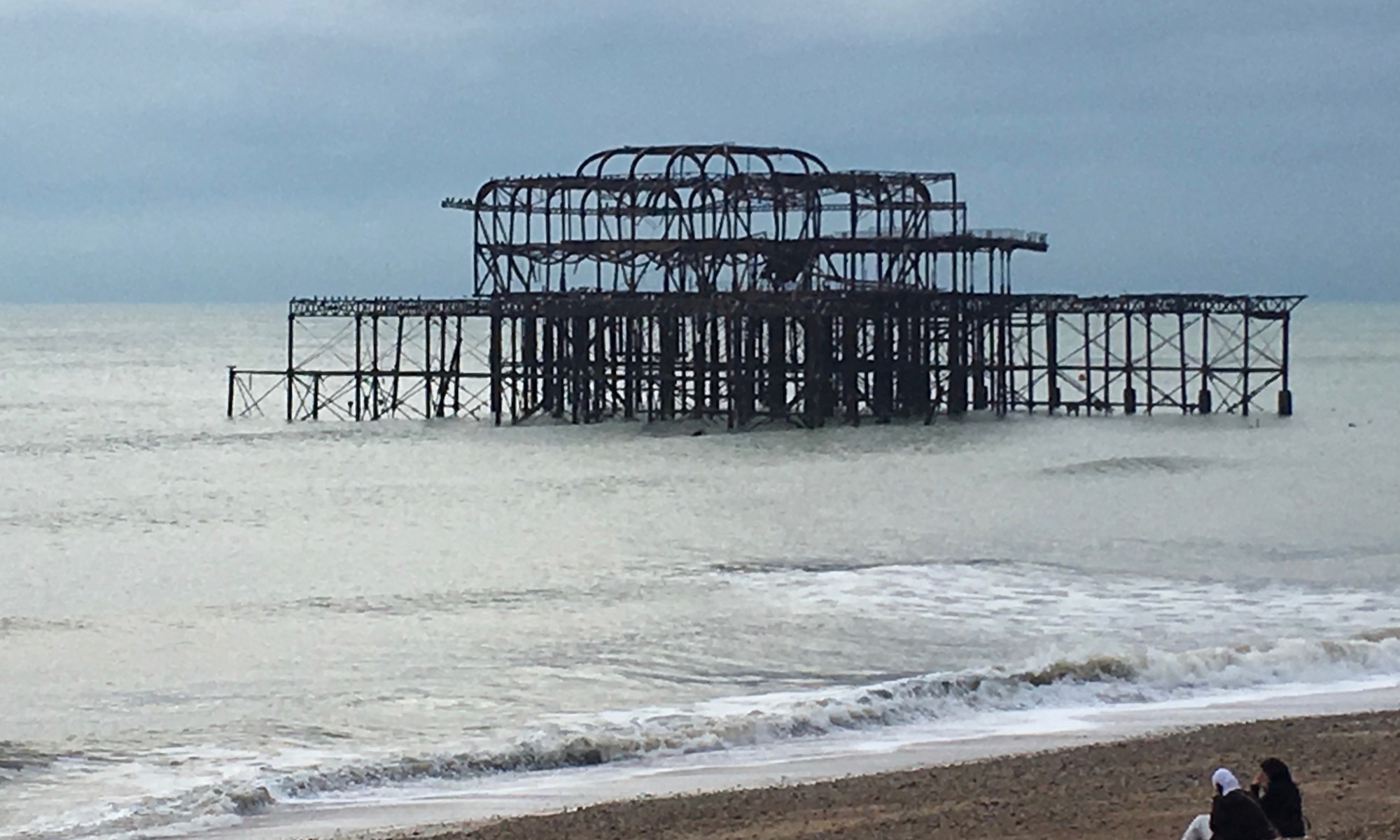 Hillaire Belloc’s The Four Men: A Farrago is a novel describing a 90 mile walk through the Sussex countryside, passing Brighton on the way.

The arctic vortex put paid to that.

We preferred not to risk the snow and ice on our bikes so we took the train and planned a spot of lunch. As Jan said “Four men going for lunch in Brighton, are you going to get a rainbow T shirt?”

Bike, beer, fish and chips, man chat and a walk along the beach.

Colin, David M, Stephen and David C. According to David C’s son we look a bit like the cast of Trainspotting 2.

We didn’t return with rainbow T shirts, but David did get his new titanium bike: