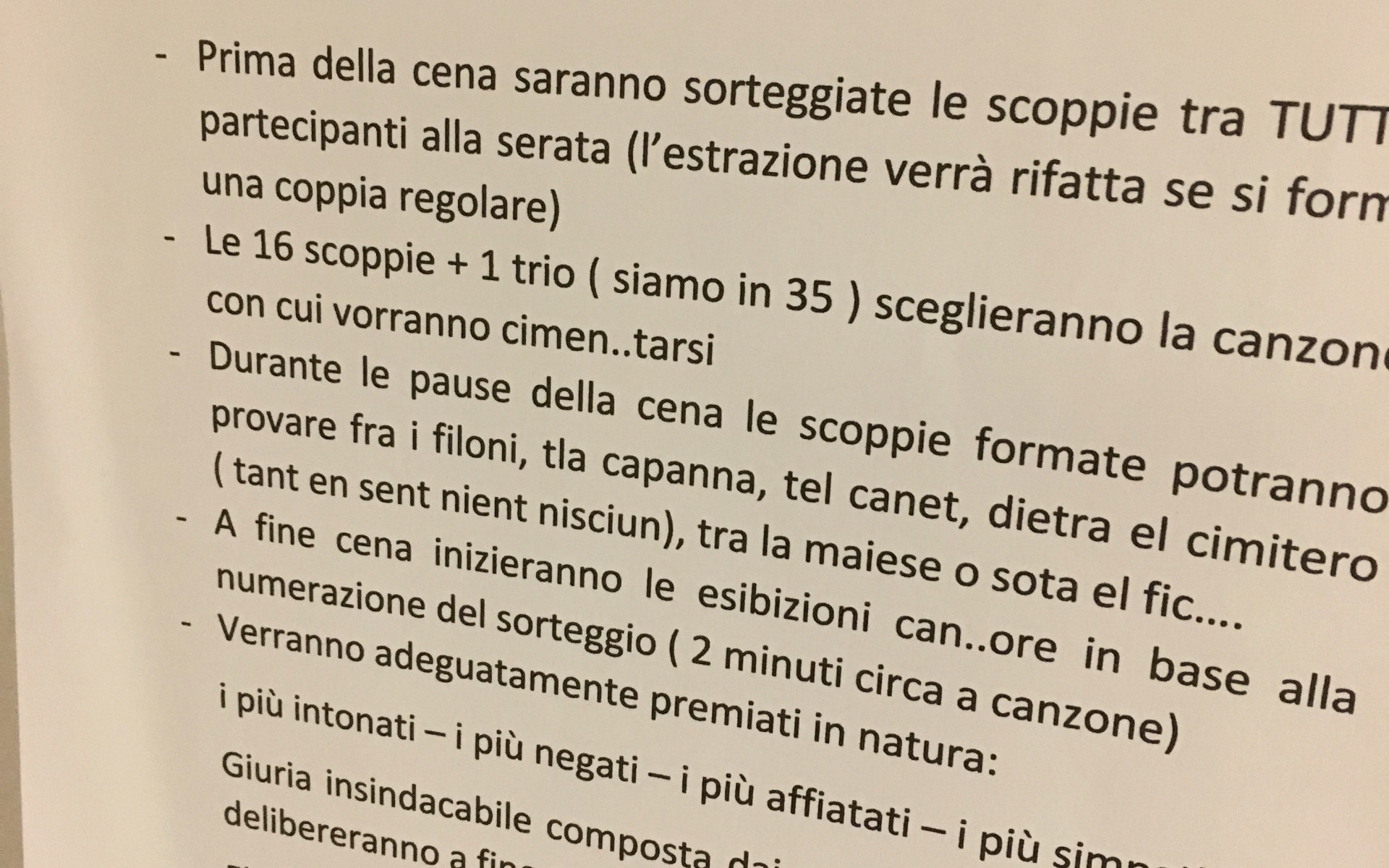 Photo: A complicated set of rules just to sing badly.

If a joke needs explaining then it’s not that funny, goes the conventional wisdom. When it comes to mixing three languages then maybe we can be forgiven, so here goes…

The Pansèrs organised a dinner. The main course was to be goose. Post dinner ‘entertainment’ was karaoke. The Italian for geese is “oche”, pronounced with a hard ‘h’ (similar to how you pronounce the oche in darts but with an ‘eh’ on the end), hence karaoche. You’re right, it wasn’t worth explaining.

As so often, Gio Mare ended up cooking. Banished to outside, we took it in turns to keep him company.

There was so much oche left over there was another oche fest the following night to get through it, but that’s another story.

I think it’s fair to say that Jan stole the dessert show with her New York cheesecake. A proper baked cheesecake. It was delicious.

Colin did make a minor contribution by making the stencil, but his main effort was reserved for eating as much of it as he could get away with.

What does a Liverpudlian, who hates singing, and Karaoke in particular, chose to sing? The Beatles of course.

Colin also took the easy way out with “We are the champions” but some of the traditional Italian folk songs were so dull that even the Italians couldn’t take any more.