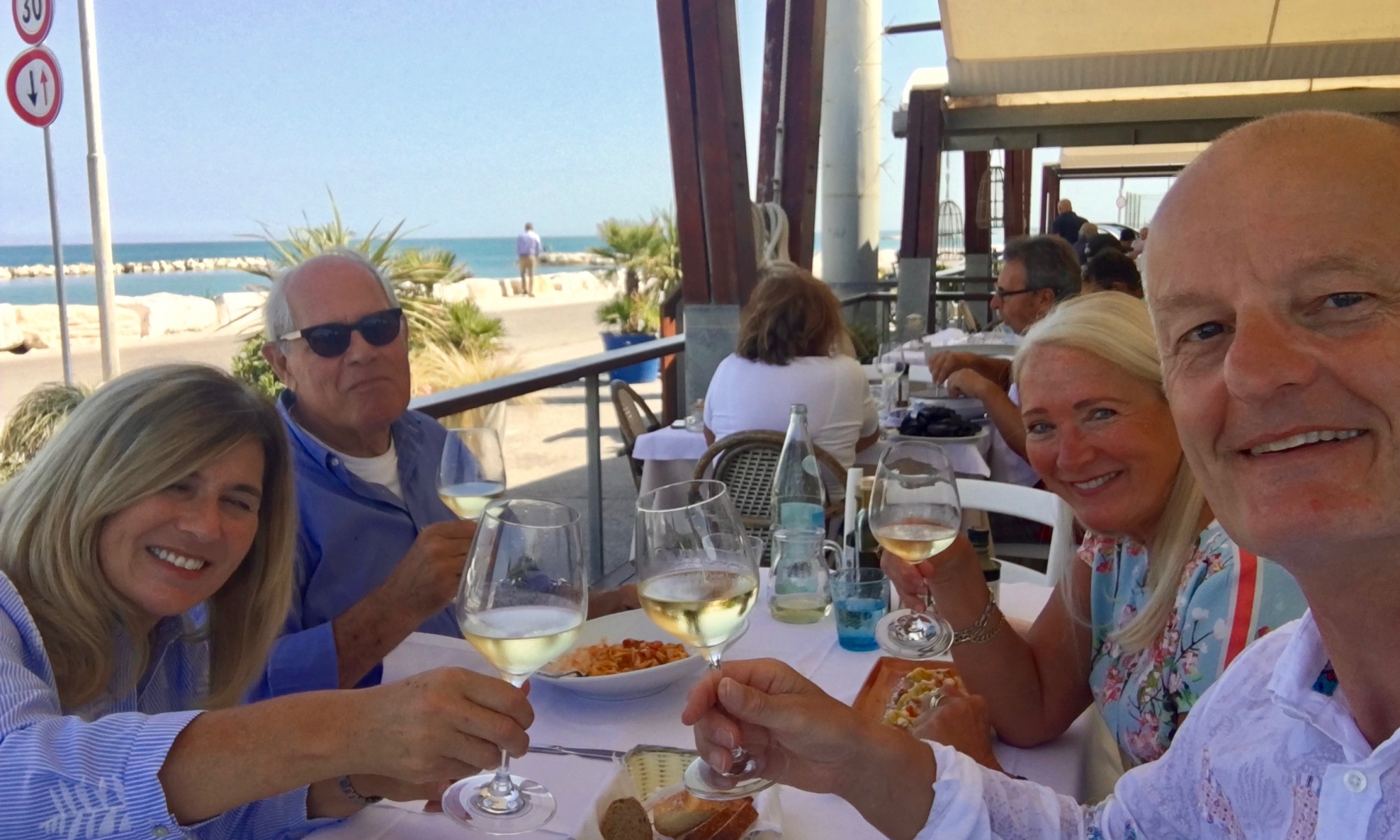 After nearly 20 years in Italy our friends Bernadette and Gerard are returning to The Netherlands. We reckon we’ve known them for about the last 14 of those years.

Earlier this year they put their house on the market, expecting it might take a year or two to sell. After a week they had a buyer and a signed contract. A bit of a shock but they were on their way.

We had one last lunch at Yankee in Fano before the weather turned. It’s not the final goodbye as they will be staying with us for their final few days in Cartoceto after their furniture starts it’s journey back to the Hague.