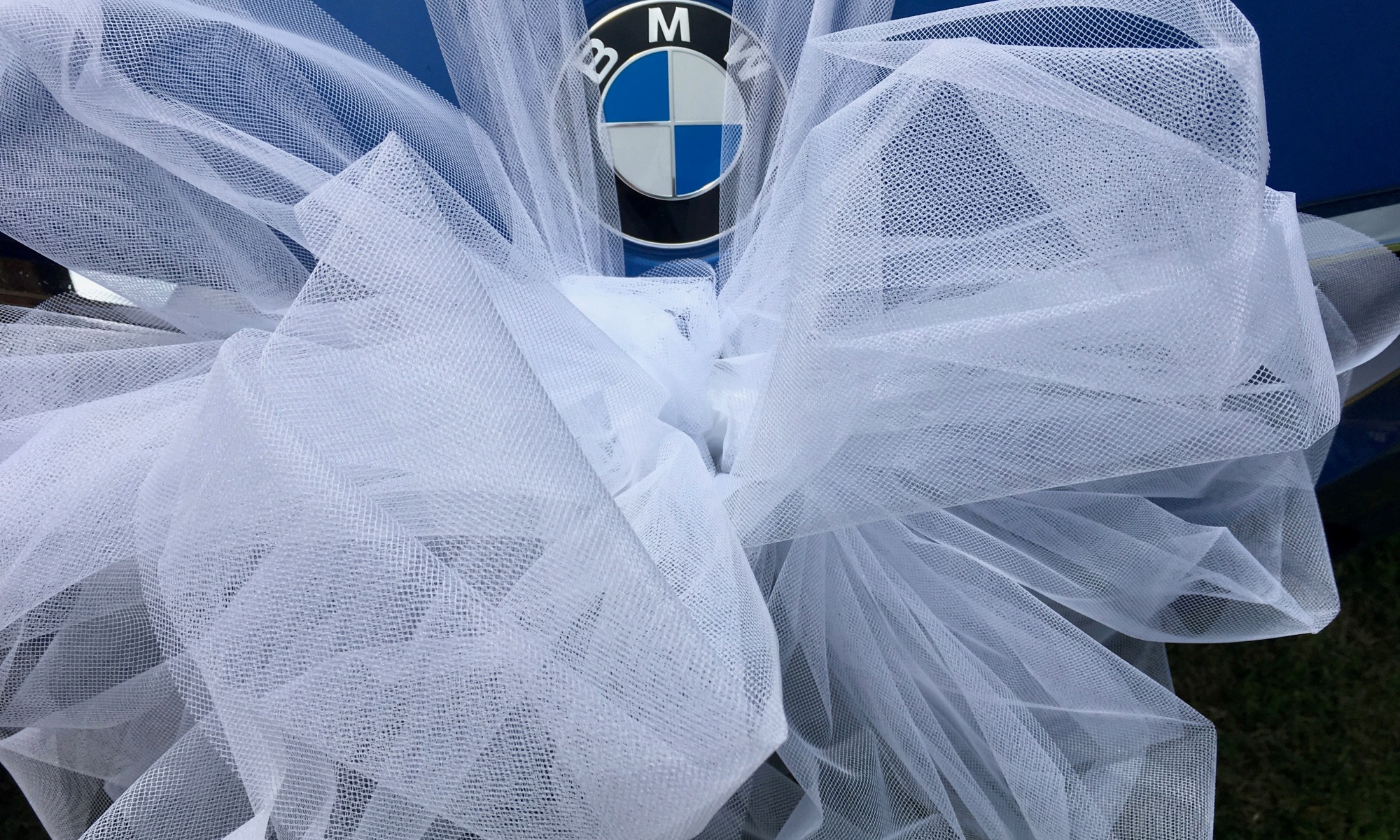 Photo: Even our car got dressed up for the ocassion.

The world converged on Cartoceto for Margherita and Gerhard’s wedding. Family and friends gathered from around the globe. Our small contribution was to host Gerhard’s parents, Fred and Rina, and his brother Chris. As they are South African they could at least stay in an English speaking home. They were very easy guests. They ate out every day but we enjoyed several coffee drinking sessions. We introduced Rina to Liquore all Liquirizia. Her life will never quite be the same again.

Fred, Chris, Rina and Jan enjoying a coffee session on the terrace.

At the pasta making lesson Fred confused his name with Jan and called her Fran. Maybe I should have responded in kind and called his wife Corina. Fran became a standing joke, as did Fred’s sister’s description of her Airbnb. “I need to go back to my château”. As her name is Fleur then Château seemed appropriate.

We had volunteered our car to drive Margherita to the ceremony. During the morning of the big day it rained. Fred and I had to dress the car between showers and cover it each time.

The good news was that the rain stopped in the afternoon so the open top drive to the wedding was on. Margherita decided she wanted to be alone for her last drive as a single woman so I had the privilege of driving her. This was the most appropriate music I could find.

In accordance with Italian tradition I hooted the horn at every passing car and every person we saw. I used the horn more times that day than I have since owning the car.

The ceremony was in the restored Teatro del Trionfo in Cartoceto. The leading characters all taking to the stage whilst the audience looked on and applauded.

At the end of the performance, the stars of the show faced their fans at the Stage Door

Then on to La Locanda del Gelso for another Italian wedding tradition. More food than an entire army could eat. Anti pasti, two primi, two secondi, dolce, coffee and liquer. Not surprisingly we got to bed about 02:30 on Sunday. A wonderful day.